Dr Edward “Ted” Sumner (August 17, 1940–May 6, 2021)
It is with great sadness that the APA announces the passing of Ted Sumner on 6th May 2021
Ted was a leading light in our specialty, a former President of the APA and a former editor in chief of ‘Pediatric Anesthesia’. 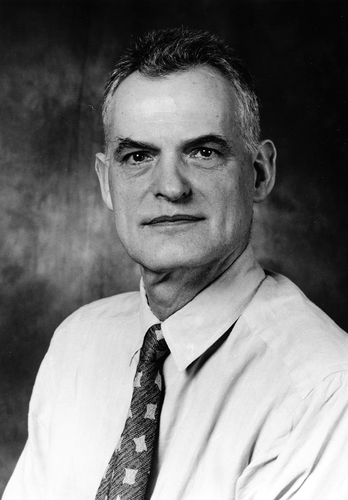 A video interview from 2019 is available to view as a reminder of what a remarkable career he had.

The following is the Obituary is published by Pediatric Anesthesia https://doi.org/10.1111/pan.14237

Ted Sumner, former Consultant Paediatric Anaesthetist at Great Ormond Street Children’s Hospital (GOSH), London, UK, has died peacefully at home on May 6, 2021. He has left behind a legacy of outstanding contribution to his profession both in the UK and wider world, as well as earning the respect and admiration of colleagues, peers, other professionals, and his very many friends from different walks of life. Those who had the good fortune to know him personally will miss forever his vitality, intellect, enthusiasm, generosity, and sense of humor.

Ted was born the youngest child into a family of academics, his father was Professor of Mathematics at the University of Nottingham, UK. At school, he excelled and went on to study medicine at the very prestigious Magdalen College Oxford where he was awarded a First Class Honours degree, a rare distinction, continuing on to University College Hospital London and his clinical career.

On commencing training in anesthesia in 1969, he won first prize in the Primary Examination for the then FFARCS (Fellowship of the Faculty of Anaesthetists of the Royal College of Surgeons of England) going on to clinical experience in many of London’s specialist hospitals, including GOSH where he spent a year as a trainee. Ted was first attracted to the emerging and dynamic sub-specialties of cardiac anesthesia and intensive care, quickly realizing that pediatrics presented technical challenges and a potential for clinical development that would bring a professionally rewarding career. He was appointed Consultant at GOSH in 1973.

During his 28-year career at GOSH, Ted established an enviable reputation as an outstanding clinician bringing an inspiring combination of intellectual curiosity, a passion for innovation, and impressive technical skill to the role. Ted’s charisma and enthusiasm engaged and motivated several generations of young anesthetists to follow his lead into the speciality. He developed numerous close and enduring friendships with other professionals in the wider UK and from many other parts of the world. As a consultant colleague, he was unfailingly generous and supportive, playing numerous leading roles and becoming Director of the Department of Anaesthesia from 1987-92, and of the Cardiac Intensive Care Unit from 1988-93.

Ted joined the editorial board of the then fledgling journal “Paediatric Anaesthesia” in 1991, going on to serve as Editor in Chief from 1994-2007 a role that he loved and in which he helped to bring the journal to new level of prominence and success.

Ted was an enthusiastic member of the Association of Paediatric Anaesthetists of Great Britain and Ireland (APAGBI) through which he made many close friendships with colleagues from the UK and abroad. He was President of the APAGBI from 2001-03 and during this time was very active in the formation of the Federation of European Associations of Paediatric Anaesthesia (FEAPA), later becoming President-elect of that organization.

An article, “Building and International Community of Paediatric Anaesthesiologists: An interview with Dr Edward Sumner” describing and honoring his professional contribution was published in the October 2019 issue of this journal, along with accompanying online video that gives a fascinating and complete account of his extensive and most illustrious career.