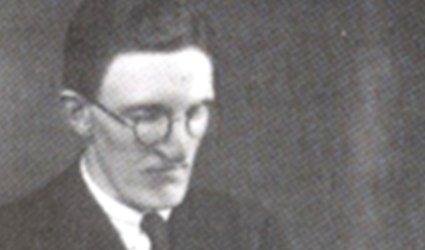 The APA has for many years conferred honorary membership on paediatric anaesthetists and others who have made an outstanding contribution to paediatric anaesthesia. One of the first to be accorded this honour was Thomas Phillip Ayre (1901-1979).

Thomas Ayre, whose name will forever be associated with the T-piece breathing system, first described by him in 1937, which he devised in order to overcome the difficulties he had been encountering when providing anaesthesia for cleft lip and palate surgery in infants, which he famously described as “a protracted and sanguinary battle between surgeon and anaesthetist with the unfortunate patient as the battlefield”.

Born in London, Ayre spent all his working life in the Newcastle-upon-Tyne region. He was an outstanding teacher and a regular contributor to the anaesthetic literature, writing on such diverse subjects as awareness, anaesthesia for neurosurgery and the anaesthetic record. He was both intrigued and amused by the numerous modifications and adaptations of his original T-piece, writing in 1967 that it “by now must surely have as many variations as the well-known manufacturer of canned soup and baked beans”. He never claimed to really know how it worked and expressed the hope, in the same year, that “perhaps someone would be kind enough to explain it to me sometime”.

His final paper, an editorial in Anaesthesia published after his death in 1979, was on the subject of piped music or “Musak” in the operating theatre. Writing in his usual witty manner, Ayre expressed the view that it may soon become necessary to appoint a suitably qualified Consultant Disc Jockey to the staff of every hospital with responsibility for the selection and supervision of an appropriate musical repertoire for all hospital departments! In addition to being honoured by the APA, Phillip Ayre was elected to honorary membership of the Association of Anaesthetists of Great Britain and Ireland while the North of England Society of Anaesthetists created a medal in his name for presentation on rare occasions to an eminent anaesthetist.