It is with great sadness that we must report the loss of Dr Tony Nightingale who was one of the early prominent figures of paediatric anaesthesia, and indeed one of the founder members of the APAGBI.

He was a true gentleman with many accomplishments to his name. He was a great advocate of trainees and training and created opportunities for British trainees and also promising overseas trainees to work at Alder Hey as part of a rotation. He was also a great supporter of ODPs. He was involved in research and also the creation of some of the early standards fort paediatric anaesthesia which were used nationally and internationally.
He was streets ahead of Great Thunberg and was forever preaching “reduce, reuse, recycle” for all anaesthetic equipment.

And very touchingly, at Christmas he would always arrive with boxes of satsumas for the staff of the various depts with whom he was involved. A tradition which has been continued since his retirement.

An all round gentleman who will be missed greatly. 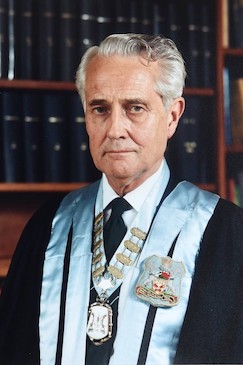 We have been deeply saddened to hear of the passing of Dr Kester Brown.
Kester was a giant in the world of paediatric anaesthesia with a global network of people he had supported and mentored. 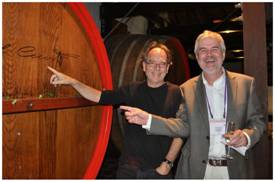 Robert Eyres was an Honorary Member of the APAGBI, a Nuffield prize winner and an inspirational member of the department in Melbourne.

Rob came from Deniliquin, NSW and was educated at Caulfield Grammar School and Melbourne University.  His training in Anaesthesia was undertaken at Whipps Cross Hospital in London.  He won the prize in the final FFARCS examinations.  He returned to Melbourne in 1977 and worked as a registrar at the Royal Children’s Hospital.  The following year he joined the full time staff.  For many years he worked one night a week in Intensive Care. He remained on staff at RCH for 40 years.

He soon took charge of cardiac anaesthesia.  He led the research program on blood levels of local anaesthetics in children (first in the world) and helped to establish epidural anaesthesia in the hospital.  He was a very competent practical anaesthetist.  He had a brilliant mind and could get to the nub of a problem quickly and was able to explain things clearly and concisely.  He was a highly regarded teacher.

He undertook a sabbatical in Italy and often went to France for holidays.

In 2000-2004 he was Director of Anaesthesia at the Royal Children’s Hospital. This included a time as Director of Specialist Services.

Rob was heavily involved with SPANZA including role as treasurer.  In 2008 he was awarded the SPANZA medal and conferred Honorary Life membership.

Rob will be fondly remembered for his love of people, fast cars, fast bikes and red wine.
Like his signature boots Rob’s life was well worn and well loved.

“Life’s too short to drink white”

Dr Gordon Henry Bush was recognised as a leading paediatric anaesthetist the world over; asked to describe him, friends and colleagues invariably begin ‘He was a real Gentleman…’ 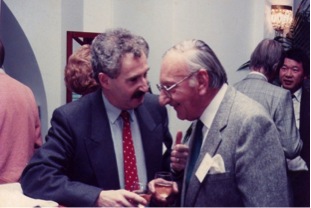 It is with great sadness that I write this tribute to my friend and office-buddy of some 25 years Roddie McNicol who has died suddenly on 5th December 2016 in France at the age of 71 years.

Roddie was educated at Allan Glens School and the University of Glasgow. He trained in anaesthesia in Glasgow and was appointed as a Consultant with clinical sessions mainly in orthopaedics, plastic surgery and paediatrics. He was co-author of one of the first papers on ketamine pharmacokinetics in children in 1983 and with Douglas Arthur wrote a very influential review of local anaesthetic techniques in children for the British Journal of Anaesthesia in 1986. This, along with his many lectures, tutorials and one-to-one clinical teaching sessions, encouraged widespread adoption of regional anaesthesia in paediatric practice.  Here Roddie is seen in typical pose, sharing an anecdote with Jack Rees.

John Keneally was one of the doyens of Australian paediatric anaesthetic practice, but with true modesty he would have been the last to have accepted this. Nevertheless, JK – as he was lovingly known – touched the lives and careers of many hundreds of anaesthetic trainees, as they passed through the Royal Alexandra Hospital for Children and thousands of anaesthetists through his contributions to anaesthetic literature and journalism.

Edward Fletcher Battersby (“Ted”) was brought up in Christchurch, New Zealand. After qualifying at the University of Otago he was a houseman in Christchurch before working his passage to England as a ship’s doctor. He then undertook junior posts at Bart’s and Great Ormond Street, going back to New Zealand in 1962. He returned to England to settle permanently in 1964, where he was appointed as a consultant at Great Ormond Street.

John Inkster, who has died aged 87, was a pioneer in anaesthesia and intensive care techniques that helped to make complex surgery safer for small babies.

Professor Alan William Conn died 2nd October 2010. 'Al' was born on May 29 1925 at Mimico, Ontario, Canada where his father was a General Practitioner and he graduated MD from the University of Toronto in 1948. 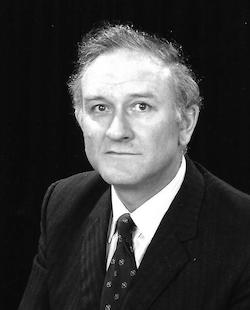 Bill Glover was the first full time paediatric anaesthetist to be appointed at Great Ormond Street Children’s Hospital in London. He was a key figure in the establishment of mechanical ventilation of children in the hospital and in obtaining recognition for anaesthetists as equal colleagues by the medical staff.

Dr William John Glover was born in Crosscar, Northern Ireland on 20th May 1927, the fifth of six children. His father was a farmer. He was educated at the local church Primary School and at Down High School, Downpatrick, County Down, and qualified MB, ChB, BAO from Queen’s University Belfast in 1950. He held House Officer appointments at The Royal Victoria Hospital, Belfast, The Royal Belfast Hospital for Sick Children and Hull Maternity Hospital, obtaining the D.Obst.RCOG in 1953. After three years in General Practice in Plymouth he returned to Belfast to begin his anaesthetic training as an SHO, followed by registrar appointments at Manchester Royal Infirmary and Great Ormond Street (GOS). He completed his anaesthetic training as Senior Anaesthetic registrar on the Manchester rotation from 1957 to 1959 and was appointed part-time (5 sessions) consultant paediatric anaesthetist at GOS in 1960. Following a year as a Fellow in anesthesiology at the Mayo Clinic in Rochester, Minnesota, he returned to GOS and also obtained a 2 session consultant appointment at the Eastman Dental Hospital before becoming GOS’s first full-time paediatric anaesthetist in 1963. Previously the anaesthetic department had been staffed on a sessional basis by part-time consultants with commitments at London teaching hospitals and in private practice. Most of the anaesthesia for emergency and ‘out of hours’ surgery was provided by two senior registrars and four or five registrars.

Bill was appointed at a time when paediatric cardiac surgery was in its infancy, developing under the leadership of surgeons David Waterston and Eoin Aberdeen, and cardiologist Dick Bonham Carter. Much of the early surgery was palliative and operations such as banding of the pulmonary artery led to postoperative respiratory insufficiency, sometimes requiring ventilatory support for periods of months or occasionally years. Bill resurrected a couple of Engstrom 160 ventilators which were in storage at GOS following the poliomyelitis days, and  purchased others from Sweden, with advice from Dr Alvar Swenson, Head of paediatric anaesthesia at the Karolinska Institute in Stockholm. He thus established, with help from GOS’s second paediatric anaesthetist, Ted Battersby, one of the world’s first paediatric respiratory care units, a forerunner of today’s paediatric intensive care units. He later helped to pioneer anaesthesia for paediatric craniofacial surgery.

Bill soon established a reputation not only as a dedicated paediatric anaesthetist but also as a wise counsel at the Medical Staff Committee, which at that time virtually ran the hospital, and a superb administrator. It was largely due to his influence that anaesthetists, who had previously not been invited to sit on the Medical Staff Committee, were recognised as equals by the GOS medical establishment.  He served on numerous committees, including the Board of Governors, later the Special Health Authority, becoming Vice-Chairman of both under Audrey Callaghan’s chairmanship from 1974 to 1990. Outside GOS he was a staunch supporter of the Royal Society of Medicine, serving on the committee of the section of anaesthetics from 1962-65, and subsequently being elected a life member. He also became a life member of the British Medical Association after having been a member for 50 years. From 1965-80 he served on the anaesthetic sub-group of the British Standards Institute. Although primarily a clinical anaesthetist his lectures and writings were always informative and delivered with his usual succinct clarity. He retired at the age of 65 in 1992.

In the early 1970’s communication between anaesthetists in the large paediatric centres in the UK  was scant or non-existent and in order to improve the situation  Bill was a keen supporter of the establishment of the Association of Paediatric Anaesthetists, becoming a founder member in 1973 and President from 1989-1991. Along with other founder members, he firmly believed that the aims of the Association would be best met by restricting membership to those whose main interest was paediatric anaesthesia and who could learn from each other’s advances and well as their mistakes in the informal atmosphere created at the annual meeting by a relatively small group. His fear, which I confess I shared, was that opening membership to the large number of anaesthetists whose work occasionally involved children, many of whom were anxious to join, would fundamentally change the nature of the Association and inhibit this frank exchange of views. This view prevailed for several years despite accusations of elitism, but pressure from the anaesthetic fraternity eventually led to the opening of membership to virtually anyone who wished to join.

This tribute would not be complete without a brief personal reflection on Bill, with whom I worked as a colleague for over twenty years. He had a warm and unassuming nature, was always approachable, and his advice was invariably sound and well thought through. He had an amazing memory and attention to detail, and a shrewd knack of quickly getting to the heart of any problem. It was never wise to seek his advice without being fully briefed about the situation presented to him.  Keenly interested in promoting the careers and welfare of the trainee members of the department, he encouraged me to follow in his footsteps as a Fellow at the Mayo Clinic, which gave me the experience of cardiac anaesthesia necessary for a consultant post at GOS. Later he encouraged me to apply for election to the council of both the Association of Anaesthetists and later the then Faculty of Anaesthetists of the Royal College of Surgeons, despite the extra clinical workload which he knew such appointments would place on him. It was a privilege to have been both a colleague and friend.